Just when it felt like the end of the road for the Heat, Jimmy Butler found his inner LeBron.

The Miami star scored 47 points in Game 6, Friday in Boston to force a Game 7, 10 years after LeBron James dropped 45 on the Celtics in the 2012 Eastern Conference finals — a performance that propelled the “Heatles” to the NBA title that year.

Later today, the star studded series gets a final instalment in Game 7 – a make or mar encounter that determines which team makes it to NBA Finals against the Golden State Warriors.

Jason Tatum or Jimmy Butler: Who steps up?
The single biggest question for Game 7 is which Jimmy Butler shows up? The banged-up one who had 27 points on 40 shots across three games (3/4/5) as his knee injury clearly hampered him. Or, the 47-point, unmatched playmaking and tough shot hitting, compare-me-to-vintage-2012 LeBron James Butler that owned Game 6.

Butler won Miami that game, but after playing that many minutes with much load on a balky knee two days earlier, can Jimmy Buckets do it one more time?

On the other bench, the Celtics need Jayson Tatum to step up big time tonight, having disappeared at times this series. An example was when he made one bucket and had four turnovers in the fourth quarter of Game 6. Then, there was the 10-point night in Game 3. Should Tatum want to be in the LeBron/Curry/Durant tier of NBA stars, then this is the game where his niche is carved.

Jayson Tatum and Jimmy Butler have both had stellar performances this postseason.

Who leads their team to the NBA Finals? ☘️🔥 pic.twitter.com/B2Ho3IosmG

Defense or Offense: Which proves vital?
It’s one of the truths of this series: Miami’s halfcourt offense struggles to score against the Boston defense. Even when Butler goes off like Game 6, it’s not elite. The Heat need help in the form of Boston turnovers.

Tatum had seven in Game 6, four in the fourth quarter. Jaylen Brown had four. It’s just too many. Both teams turned the ball over 17 times in that game, but those turnovers hurt the Celtics more, it lets Kyle Lowry push the pace and start the offense before Boston gets set, and that is when the Heat are at their best.

One of the most physical matchups this playoff series 🔒

Boston. Miami. Who will make it to the NBA Finals? pic.twitter.com/oGqx80pgKM

This is not all about the Celtics being sloppy with the ball, it’s about the pressure and IQ of the Heat defense — they deflect balls, get in passing lanes and are disruptive. They force turnovers. Sometimes the Celtics deal well with that pressure, sometimes they do not. If they struggle and turn the ball over a lot in Game 7, their vacation will come a lot earlier than expected.

Role Players
Game 7s are often won by unexpected role players stepping up, not superstars, but whichever team gets more out of their superstar stands the better chance of advancing to the Finals.

Both teams parade decent role players that could go-off with the much needed output that takes pressure off their more established teammates.

Seeing it happen with players like Victor Oladipo, Gabe Vincent and Tyler Herro (if he is cleared to play) is integral to the ambition of Miami Heat, whilst the likes of Derrick White, Grant Williams and Payton Pritchard understand that making their inclusion count further boosts the ambition of the Celtics. 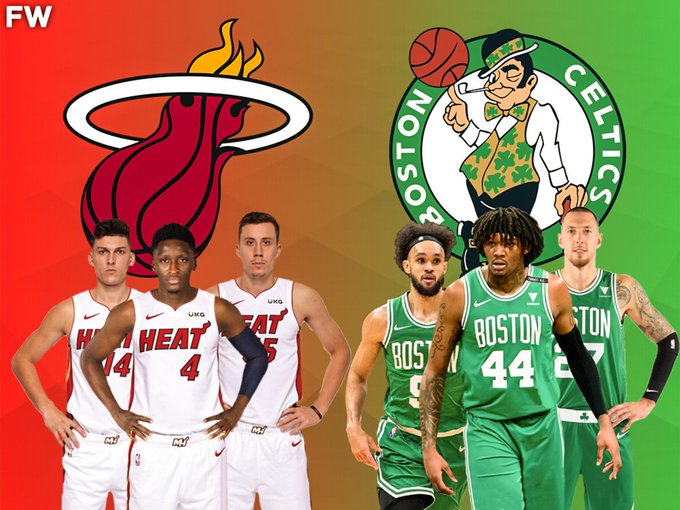 Kayode is a Broadcast Journalist with a bias for sports, whose passion for basketball has taken him places. He has covered the NBA Finals, All Star Weekend and a number of other hoops related events. Catch him from noon on HANGTIME, every Saturday on WGHC 98.3 FM.