The news that fans of the Montreal Canadiens have been anticipating for a long time dropped on Saturday night as Cole Caufield, the team’s top prospect, signed his three-year entry-level contract and is on his way to Montreal to serve his mandatory seven-day quarantine. Once completed, he will join the Laval Rocket, the Canadiens’ American Hockey League (AHL) affiliate.

The 20-year-old right-winger, selected in the first round (15th overall) of the 2019 NHL Draft by the Canadiens, enjoyed a stellar two-year NCAA career with the Wisconsin Badgers. This season, he won the Big Ten scoring title and was named Big Ten Player of the Year thanks to 30 goals and 52 points in 31 games. He outpaced the next closest skater by 10 goals and 10 points. Caufield is favored to take home the prestigious Hobey Baker Memorial Award.

Caufield led the Badgers to a Big Ten regular season title in 2020-21 and a runner-up finish in the Big Ten tournament. As a result, Wisconsin earned a no. 1 seed for the NCAA Frozen Four tournament but was upset in the first round by Bemidgi State following a 6-3 loss despite two goals and an assist courtesy of Caufield. The early elimination meant that he could ink his first deal with the Canadiens and make the jump to the pro ranks.

Caufield is arguably the most highly touted prospect the Canadiens have drafted in some time particularly because of his ability to score goals. They have been starving for a player with his type of offensive prowess for what seems like an eternity. Between Caufield and the acquisition of Eric Staal, it’s been a good week for the fan base.

It’s no secret that the Habs’ faithful love the players with skill and personality most and Caufield checks both of those boxes so it’s no wonder that a simple “Montreal, allons-y” message in French from his announcement video sent them into a frenzy. Welcome to the Hockey Mecca, kid, they love you already. 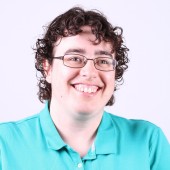