The 2021 NHL Expansion Draft just became a bit easier for the Buffalo Sabres and general manager Kevyn Adams. Left winger Jeff Skinner waived his no-movement clause for the Sabres on Wednesday afternoon, as reported by The Athletic. This move helps Buffalo with their protection list as the Seattle Kraken join the NHL.

The Sabres’ Jeff Skinner has agreed to waive his no-movement clause for the expansion draft, his agent tells @TheAthleticBUF. https://t.co/ujlW7DkITx pic.twitter.com/6UTUPlOxN2

Skinner came to the Sabres via trade in 2019, scoring 40 goals on a line with center Jack Eichel. That season was the fourth time the former Carolina Hurricane scored at least 30 goals in his career. The Sabres rewarded Skinner with an eight-year, $72 million contract that came with a no-movement clause. Jeff Skinner No-Movement Clause

However, since signing the deal, struggles have been common for the Toronto, Ontario native. Skinner, 29, is coming off his worst season as a pro in 2021, posting just seven goals and 14 points. Then-coach Ralph Krueger often had Skinner in the doghouse and Skinner was even a healthy scratch.  Skinner did score 11 of his 14 points with new head coach Don Granato. However, Skinner has only 21 goals and 16 assists total since signing his newest contract.

Jeff Skinner dropping his no-movement clause helps Buffalo in its expansion draft issues. Before Wednesday, Buffalo would have been forced to keep Skinner and his $9 million cap hit automatically.

How does Buffalo benefit?

Despite the waiver, Skinner will not be taken by the Seattle Kraken after this move. Skinner’s contract still has six years remaining and carries that $9 million cap hit. This move allows Buffalo to protect another young player as the team begins another rebuild. Many saw 24-year-old forward Rasmus Asplund as the odd man out in mock draft protections.

In most simulations, Buffalo protects forwards Jack Eichel, Sam Reinhart, Casey Mittelstadt, Tage Thompson, Victor Olofsson, Anders Bjork and Skinner. With Skinner waiving the clause, Buffalo can now protect Asplund, Bjork and Thompson with no worries. Buffalo made a side deal in the last expansion draft and hope to avoid that this year. Buffalo still needs to figure out who to expose between defensemen Rasmus Ristolainen and Will Borgen.

All 30 NHL teams involved in expansion protection must submit their lists by Saturday, July 17th. The 2021 NHL Expansion Draft for the Seattle Kraken is set for July 21st. The NHL Entry Draft is immediately after that on July 23rd. 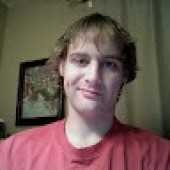