No One Is Safe In The 2022 Eurobasket Championship: Poland Stuns Luka Doncic and Slovenia 90-87 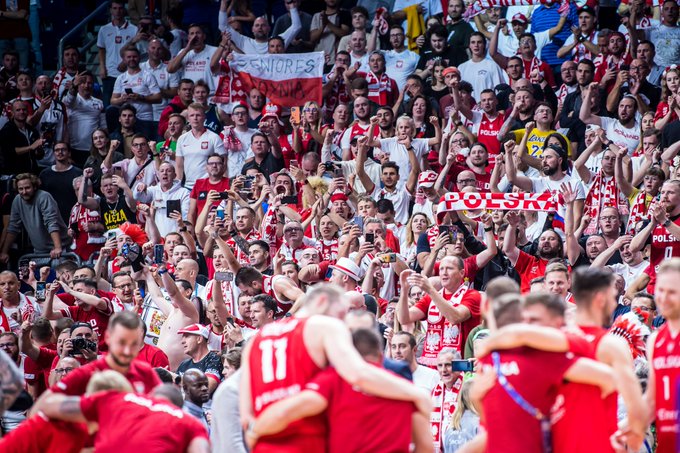 The first quarter was balanced for both teams as Poland led after one, 29-26. However, midway through the second quarter Poland caught fire and went on a 15-1 run to take a commanding lead at halftime, 58-39. Slovenia fought back and showed their championship mentality with a run of their own to start the third quarter. Poland seemed to be outmatched, as Slovenia pressured them and made it hard for them to run their offense. The third quarter ended and Slovenia scored 24 points while Poland only scored 6 points.

Slovenia managed to take the lead by four early in the fourth. It seemed to be the turning point for the Slovenians. Poland, however, had other plans in mind. They settled down and took it one possession at a time. It turned out to be a back-and-forth battle in the fourth with many lead changes.

The Turning Point For Poland

With 3:02 left in the fourth quarter, Poland has a slim 80-76 lead. Mateusz Ponitka of Poland drives to the basket and gives a pump fake to Luka Doncic. Doncic leaves his feet to block the shot, which allowed Ponitka to draw the foul, sending Doncic to the bench with his fifth and final foul. From then on, Poland never looked back. They hit big shot after big shot when the game was on the line.

Perhaps Slovenia exerted so much energy battling their way back into the game that they had no fight left. Nonetheless, it doesn’t take anything away from Poland because they earned the win with their sensational play. A historic win for Poland, whose last visit to the semi-final was in 1971.

The MVP Of The Game

Mateusz Ponitka had himself one heck of a night. The Polish guard finished the game with a triple-double. 26 points, 16 rebounds, and 10 assists. It is the third triple-double in Eurobasket history. The previous two are Toni Kukoc of Croatia and Andrei Mandache of Romania.

Poland will have their work cut out for them on September 16th as they will face powerhouse France. But the way this Eurobasket Championship has been going, “Expect the Unexpected.”

Mateusz Ponitka posts the third triple double in #EuroBasket history as Poland advance to Semi-Finals for the 1st time in 1971! 🤯🇵🇱#BringTheNoise pic.twitter.com/6YyPd38ObO