It’s Not Time to Abandon the Patriots

The reports coming out of Foxboro regarding how the Patriots are performing in training camp have not been good thus far.

Now twelve practices in, the emphasis of scrutiny have been on the offense in particular, as they have shown to be struggling with the newly implemented playbook and scheme. This has led to a giant meltdown across social and Boston media, with many coming to the conclusion the Patriots are completely done for.

But, don’t abandon the team before the season even starts!

Although practices have not been favorable to the offense despite their obvious talent on the roster, there are still five weeks until the regular season begins. Teams practice for a reason; nothing comes easy, not even for a team known for near perfection.

But how bad has the offense looked?

Well, it has been described in several different terms, none of which are very flattering.

And in many aspects, those descriptors are not totally incorrect. The offensive line has been atrocious, leading to virtually no plays to be completed by not just the quarterbacks, but the running backs as well. The OL hasn’t been a place of worry over the last few seasons, making their start to camp very problematic.

With Josh McDaniels’ heading out west to coach the Las Vegas Raiders, Bill Belichick felt it was time to change things up on offense. It was time, and it’s what a lot of the fans especially wanted to see. But the addition of failed head coaches, Matt Patricia and Joe Judge, has brought on more concern than optimism. And it’s gotten worse since the start of camp.

Both former coaches have experience working with Belichick, which is beneficial to an extent. However, neither have performed much work with the offensive side of the ball, working with special teams or defense predominately throughout their careers.

With all of this in mind, many have wondered how much their new positions have had a direct impact on the lack of success so far for the offense.

But, within the organization, there is seemingly no panic or worry about the state of the offense;

Not sensing much panic within the #Patriots organization about the offensive issues in training camp. Some frustration, an acknowledgment of struggles, but no serious alarm.

After 2 weeks of practice, here's what I've learned about the #Patriots offense from sources and what I've seen …
– There's no panic internally yet about installing the new stuff. Frustration and urgency, yes. The staff knows buy-in, development and a fast start are at stake.

Even former Patriots offensive line coach, Dante Scarnecchia, had to chime in. While speaking to the Boston Herald this week, Scar told fans to relax.

“I would say this, in fairness to everyone, I just think this is the wrong time to evaluate it. The pads have come on, but they’re not playing real football yet. Whenever they play the Giants, we’ll have a better idea where this thing is. Even at that point, it’s not totally fair to say they can’t (do it).”

And it can be easy to forget that not all is rainbows and unicorns for every other team in training camp. Practices are where they learn and work the bugs out. Struggling is part of the road to getting better.

Wait … other teams have struggles in camp too??? https://t.co/OdA8SuR78V

So maybe that should ease your mind a little? Don’t give up on the Patriots (ever) but especially not in mid-August.

Embrace the struggle. Embrace the work. And embrace the optimism that it will all get better from here! 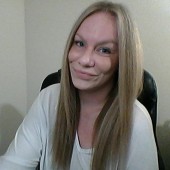