Simone Biles has pulled out of the Team Gymnastics competition at the Tokyo Olympics. Do you understand what this truly means? She is the GOAT.  I mean, sure we’ve debated LeBron vs Jordan, thrown in Tom Brady vs the flavor of the year, but let’s be honest y’all.  This woman takes the cake.  Simone Biles is truly the GOAT of US Women’s gymnastics.  Pretty much if she’s out there, the USA can’t be stopped.  Simone Biles injury

Losing more than you realize

That’s why her pulling out is huge.

Simone Biles' withdrawal from team competition in Tokyo shocked Olympics viewers — but it follows years of immense stress and pressure on her as the greatest gymnast of all time.https://t.co/vuaVt9IAON

But is she caving to the pressure that she’s putting on herself?  Potentially.  Constantly challenging yourself to be better than yourself can take a toll physically and mentally.  Especially in a sport like gymnastics, where perfection is the expectation.   It was seen earlier in the trials. She wasn’t “herself” She was doing her big skills, but not with the precision we are used to.  And just like a Brady, she wasn’t happy not doing her best. But as we’re seeing an emphasis on the mental health aspect of sports, Biles is claiming that it was weighing on her mentally as well. And in a sport like gymnastics, your mental health is just as important as your skills.  If you’re not there, it’s going to show.

But the cool thing about gymnastics is that it’s both a team sport and an individual sport.  Team USA won silver (By a point differential of 3.432), but Simone will get a chance to individually compete later this week if she’s feeling up to it.

RED SOX COMEBACK, SAY NO TO NO-NO, TO SHUT OUT, TO SPLIT WITH THE YANKEES

Sonja Greenfield can be found at OurTurfFootball.com 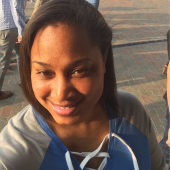