Spain Takes The Crown As The 2022 Eurobasket Champions 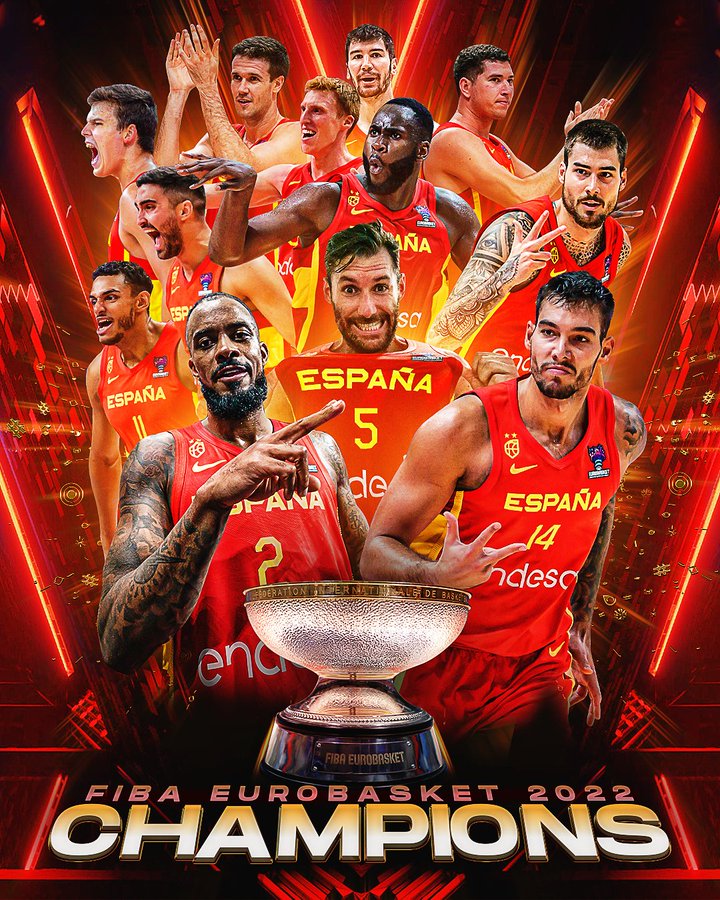 Willy Hernangomez, the center for the New Orleans Pelicans, finished with 14 points and eight rebounds in the win. He received the Eurobasket 2022 TISSOT MVP for his performance throughout the tournament. In which he averaged 17.2 points and 6.9 rebounds.

His brother Juancho Hernangomez, of the Toronto Raptors,  and star of the hit movie ‘Hustle,’ played a stellar game. He shot the ball remarkably from the field 2/2 2FG, 7/9 3PT, and 2/2 FT. Hernangomez finished with 27 points and five rebounds.

Adam Sandler, who produced the smash hit movie ‘Hustle,’ in which Juancho Hernangomez plays the leading role of Bro Cruz, went to Twitter to congratulate the brothers on their success.

Bo Cruz! Getting it done. Love you Juancho. And Willie! Congrats to the whole Spanish team. pic.twitter.com/TGIY2OYZJC

Lorenzo Brown Was A Key Player For Spain Despite The Criticism

Worth a mention is American guard Lorenzo Brown who received his Spanish naturalization to play for the Spanish National Team. Brown took a lot of heat and criticism for his role in becoming naturalized in Spain. People called it an embarrassment because Brown did not have ties with Spain. He has never lived in Spain, he does not speak the language, nor has he ever played for a Spanish team.

Even though his naturalization raised questions, Brown blocked out all the criticism and was a vital piece in Spain’s quest for a gold medal.

He posted a double-double of 14 points and 11 assists in the win against France. Throughout his Eurobasket debut, Brown averaged 15.2 points and 7.6 assists.

So for those who were against his naturalization, how do you see Lorenzo Brown now?

As for the French National Team. In a losing effort guard, Evan Fournier of the New York Knicks tallied in 23 points and two rebounds. While Rudy Gobert of the Minnesota Timberwolves finished with 6 points and six rebounds.