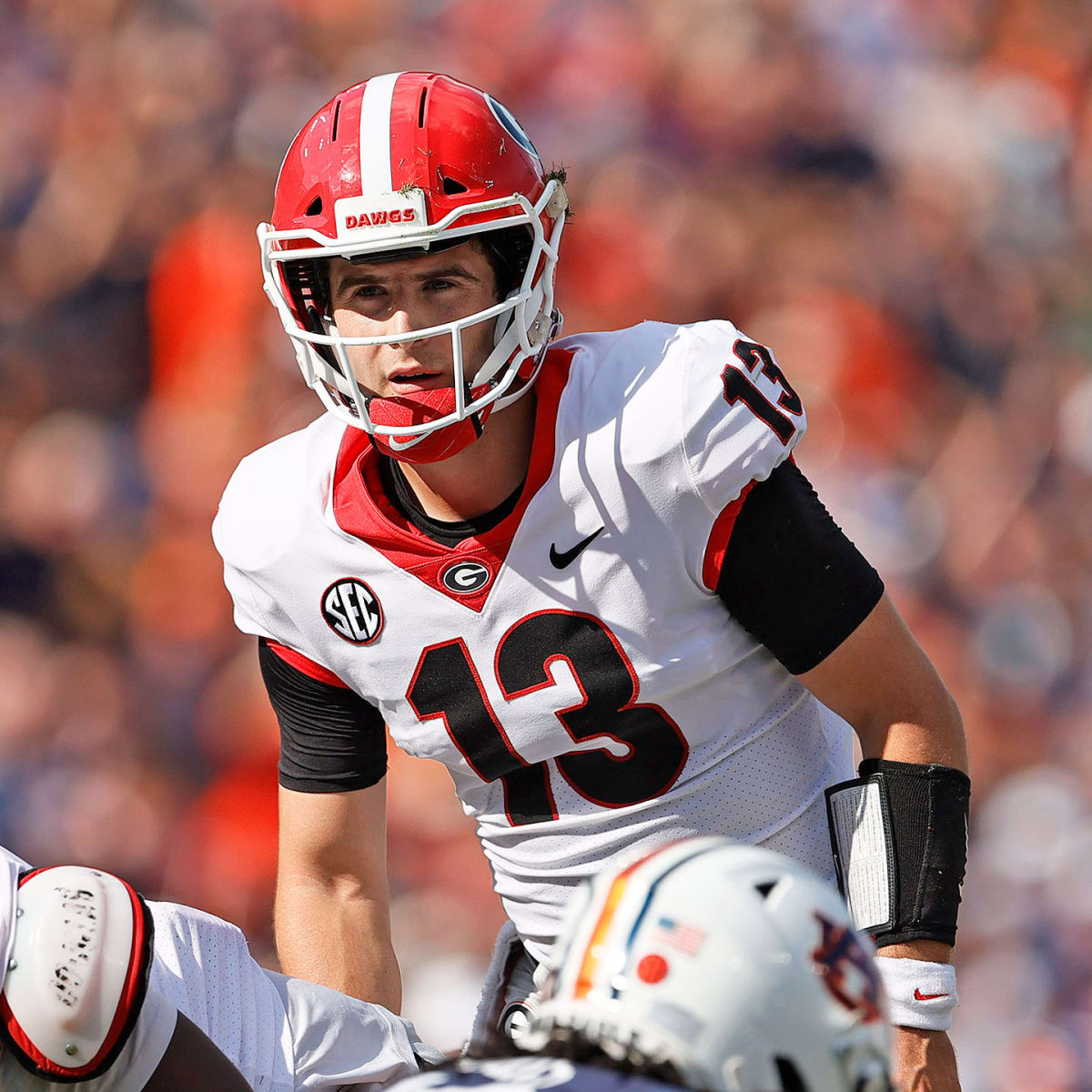 The University of Georgia Football program didn’t miss a beat, as the Bulldogs continued where it left off the last season. In a dominant win over the University of Oregon on Saturday. 49-3. The talk around town was if the Bulldogs could bounce back after losing most of their key players to the NFL Draft. Well, from the look of things. The Bulldogs will once again be in contention for the College Football Playoffs.

The Bulldog’s leader, quarterback Stetson Bennett, a former walk-on, led the way with a phenomenal game. In the first half, Bennett picked the Oregon defense apart. The Bulldogs scored on their first four possessions. And just before the half with 31 seconds to go. Bennett scrambles and heaves a circus-like pass to a wide-open Ladd McConkey for a touchdown. That put the Dawgs up 28-3.

Stetson Bennett wasn't going down without a touchdown 😤 pic.twitter.com/xfo5TJVC11

By halftime, Bennett alone had more total yards (254) than the Oregon offense (163). He finished the game, completing 25 of 31 passes for 368 yards and two touchdowns. He also ran for a touchdown on the ground.

I think it’s time to start looking at Stetson Bennett in a different limelight. Can the former walk-on get the respect he deserves? Can he make his way to New York as a Heisman hopeful? The fans surely think so!

STETSON BENNETT IV FOR HEISMAN , PRESIDENT , CHIEF OF OFFENSE ALL THAT

Stetson Bennett against all the odds

Bennett has proven he belongs in the conversation as one of the best college quarterbacks in the nation. But for some apparent reason, he does not get the respect he rightfully deserves. According to “Sports News” Bennett is ranked #25 among the top quarterbacks in 2022. He deserves a much higher ranking if you’d ask me.

Bennett’s road to success hasn’t been easy an one. He had to take a pit stop before he could get himself back on track.

Bennett would later receive a scholarship offer from Kirby Smart to return to the University of Georgia. He gladly accepted it. However, Bennett found himself in a familiar role as before with Bulldogs. He was the No. 3 quarterback on the depth chart. It wasn’t until starter, JT Daniels was sidelined with an injury that Bennett got his chance to shine.

And from that moment on Bennett never looked back.

What has Bennett done after taking over as a starter?

It’s clear to see Bennett has what it takes to lead an offense.

As the 2022-2023 season continues, Bennett will have a chance to show why he is no longer an underdog. And he belongs to the top of the Heisman Trophy rankings.