Next week, on Wednesday, May 12th at 8 p.m. EST, the most-watched show on cable television will be seen on two different networks.  It’s not a drama, or a comedy, or even a live event.  It’s the NFL schedule release show, airing on both ESPN and the NFL Network.

With the show only days away, here are my top ten regular-season matchups that I’m most excited to watch.

10) Pittsburgh at Cleveland/Cleveland at Pittsburgh.

Years ago, this was one of the fiercest rivalries in the NFL.  Then Art Modell moved the team to Baltimore, breaking the hearts of the Browns Backers.  Since then, the Browns have been pitiful, winning nine or more games only twice since re-entering the league in 1999.  But these Browns are not your father’s Cleveland Browns.

The Steelers might be trending downward, especially with 39-year-old Ben Roethlisberger showing his age.  But they’ll give the Browns all they can handle in these two games.

Jared Goff returns to Los Angeles, while long-time Lions QB Matthew Stafford faces his former team for the first time.  This was a blockbuster deal when it was announced back in March.

Who will Matthew Stafford face in his @RamsNFL debut?

Both QB’s will have extra motivation for playing well in this game, especially Goff.

Go back into the history books and see how badly the Cowboys dominated the Eagles.  They were Reagan-Mondale-like scores.  Tom Landry loved running up the score versus the Eagles.

Then Dick Vermeil and Buddy Ryan showed up to coach in Philly and the blowouts ended.  Another rivalry that sees one team trending down (the Eagles) but is still must-see TV.

Remember what I said about the Pittsburgh-Cleveland rivalry?  Well, this one is similar.  For decades, the Patriots dominated the AFC East, winning the division 17 times since 2020.

With the drafting of Mac Jones, the first time Bill Belichick has drafted a Round 1 QB, the Patriots’ post-Tom Brady era officially begins now: https://t.co/VtS57pGkXp pic.twitter.com/SnkjsYFaq2

Even if you think they are cheaters, give Bill Belichick and the Pats some respect. Winning the division that many times is quite an accomplishment.  However, the Bills are MUCH improved and were a only few plays away from going to the Super Bowl last season.

This has been a lopsided matchup since the Seahawks drafted Russell Wilson.  Seattle has won 15 of 19 times in that period.  The 49ers hope that first-round pick Trey Lance is to them what Wilson is to Seattle.

Trey Lance believes the 49ers' offense has a much higher ceiling than people realize https://t.co/IsPPJqJATh pic.twitter.com/XS5IuEHAFP

You also have to ask, how many years does the Pete Carroll-Wilson partnership have left in them?

The prodigal son returns to face his old team.  Exactly who is responsible for the Pats to win all of those games, Brady or Belichick?  This game won’t answer the question, but it will be fun to watch.

Can a retooled Patriots team compete versus the Super Bowl champs?  This is guaranteed to be either a Sunday Night Football game on NBC or a standalone 4:25 matchup on FOX or CBS.

"Lamar Jackson needed a playmaker on the outside who could win 50/50 balls. Baltimore got him two in Rashod Bateman & Tylan Wallace."

Jackson struggled, throwing for only 97 yards.  There’s no way Jackson and the Ravens struggle like that again vs the Chiefs.

This one’s only on this list IF Packers QB Aaron Rodgers gets his wish and is shipped off to his hometown.

The networks will be begging to air this game IF Rodgers gets moved.

Think back to last January.  Many thought when both of these teams played in their respective conference championships both would win.

The Aaron Rodgers drama in Green Bay complicates the 2021 schedule (out in nine days), given that the Packers-Chiefs game could end up having far less sizzle if it's not Rodgers vs. Mahomes. https://t.co/nAWAbLkHus

But Tampa Bay shocked the Packers at home, ending this dream matchup.  If Rodgers sticks around in Titletown, this could be a Super Bowl preview and be higher on the list.

I think all of us are interested in seeing how much Tom Brady has left in his tank.

In pursuit of 8…LFG @Buccaneers we’re keeping the band together pic.twitter.com/49zUwS5l3D

I can see the league scheduling either Buffalo or Chicago here.  No way is Dallas the opposing team on opening night.  The league will save that game for the November sweeps.

Be sure to tune in to either ESPN or the NFL Network on Wednesday! Also, be sure to check back for a full breakdown of what’s announced. 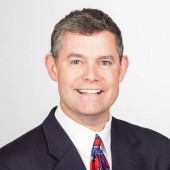