Where do the Phillies go from here?

After embarking on their ground-up rebuild starting after the 2015 season under veteran baseball executive Andy MacPhail and young general manager Matt Klentak, the Phillies were supposed to be a perennial contender by 2021; they were supposed to have similar cores – some homegrown or acquired through savvy trades and free-agent signings – as they did in their two eras that could be called their heyday from 1976 to 1983 and from 2007 to 2011; they were supposed to replicate what the two most prominent bottom-up rebuilds of recent vintage, the Cubs and Astros, did by winning a championship and cobbling together an annual contender.

They were supposed to.

MacPhail is still listed as team president, but he’s scheduled to depart after the 2021 season and has no say in the club’s operation. Klentak is still there too, but he’s got the obscure job title of “Strategy and Development Officer,” whatever that is.

This is now President of Baseball Operations Dave Dombrowski’s show and he’s got a project in front of him. It’s not an intentional disaster as is the case when teams tank to accrue draft picks, clear their payroll, and reboot. In a way, this is worse. The Phillies, in their current state, do not have a clear path.

The unacknowledged problem with tanking

It’s human nature to look at the best-case scenario and how it was achieved in retrospect and think it can be easily repeated. Such is the case with the trendy full-blown rebuild in which a team strips its organization to its exoskeleton and reconstructs it from the bottom up. Anytime a team has a bad week, a bad month, or a bad year, there will be voices from the outer reaches lobbying for a repeat of what the Cubs and Astros did with the unrealistic – even delusional – expectation that the results will be identical.

At its outset, there’s personal benefit to such a decision as well. For front offices who are given the task of such a rebuild, the head of baseball operations gets to put his or her imprint on the organization from the bottom up in the hopes that they too can be the next Billy Beane or Theo Epstein. (Maybe not Jeff Luhnow, at least the post-scandal version of him – unemployed, bitter, blackballed, and litigious.)

What it also does is give that front office between three and five years of fielding atrocious rosters, losing 90 to 100 games, and explaining it away to ownership as part of the “process.”

When ownership expects radical improvement and the players simply are not good enough is when problems arise.

High draft picks are useless if the wrong players are selected

If a team is tanking for top picks and those players are meant to be the basis for a long-term contender, the GM, and the front office staff cannot miss on those players. Their first overall pick in 2016, Mickey Moniak, is a bust. Adam Haseley, Spencer Howard, and Nick Maton – three of the few players from the Klentak drafts who made the majors are journeymen. 2018’s third overall pick Alec Bohm looks as if he still needs to be taught the fundamentals. Had Klentak stayed on, it would have been admitting his failure, were he to trade those players away.

This is often a factor in whether GMs trade players they selected as that admission can cost them their jobs.

Signing or trading for Bryce Harper, J.T. Realmuto, Jake Arrieta, Andrew McCutchen, Didi Gregorius, Jean Segura, Zack Wheeler, and hiring high-priced manager Joe Girardi is largely useless without a foundation in place, to begin with. There was no foundation.

There’s a perception that Aaron Nola and Rhys Hoskins are homegrown players brought into the organization by Klentak, but both were drafted by former GM Ruben Amaro Jr. Add in Klentak giving Scott Kingery six years and $24 million only to see Dombrowski outright him off the 40-man roster and you have a dearth of young, controllable talent that needs to be the wellspring of a successful future.

Organizational rankings are by nature questionable. They’re compiled by outsiders and are often based on team propaganda and philosophical common ground. Nevertheless, before the 2021 season, the Phillies were ranked 27th on both the Baseball America and The Athletic rankings.

This, however, is an example of the freedom a seasoned executive like Dombrowski has in contrast with the clear skepticism ownership had with Klentak. Dombrowski’s job does not hinge on these players he invested in becoming productive big leaguers. Therefore, he can get rid of them.

There are few Phillies to build around

By now, it’s clear that Harper is a good but not elite player. His contract is not prohibitive. In fact, it’s quite reasonable despite its duration. He’ll be paid $26 million through 2028 and then $22 million from 2029 to 2031. It’s a tradeable contract, but Harper has a no-trade clause and Dombrowski collects stars, he doesn’t trade them away.

Realmuto is arguably the best all-around catcher in baseball and is signed through 2025. Wheeler has blossomed into an ace-caliber starter and Nola is, at worst, a number three starter. There are some good pieces. Still, the lack of young talent is a problem that will make it necessary for Dombrowski to behave as he did in Boston by buying players like a European fútbol club. Unlike Boston, he does not have in place a Mookie Betts, Xander Bogaerts, Rafael Devers, and Andrew Benintendi.

In this situation, Dombrowski will need to consider some unexpected moves such as trading Hoskins, Bohm, and Ranger Suarez to bring some talent into the organization. Hoskins is a usable piece, but he’s not irreplaceable. He hits for power and draws walks, but he’s awful defensively. Bohm plainly looks like an athlete who got by on raw talent but never learned how to play baseball. Suarez is a lefty reliever that every contender could use and might surrender value for. These are unusual moves for complex circumstances. It helps Dombrowski that he has no attachment to the players he inherited.

The fate of Girardi

Historically, the only veteran manager Dombrowski has hired is Jim Leyland with the Marlins and Tigers. He inherited John Farrell and fired him. He has inherited Girardi and the veteran manager’s status is growing increasingly tenuous. He’s identified young managerial candidates and given them chances having some success with Brad Ausmus and undeniable success with Alex Cora.

Girardi came in with the “proven manager” pedigree, was a welcome replacement for the reviled Gabe Kapler (now the Manager of the Year frontrunner with the Giants), a record of maximizing the talent he’s had on his rosters and getting them to overachieve. That has not happened in Philadelphia. Worse, he’s looking like the two years he was out of the dugout after he and the Yankees parted ways was more like 10.

What’s happened with the Phillies during his tenure thus far has not been solely his fault, but it’s increasingly obvious that a change might need to be made as he no longer fits with today’s player. This was a criticism that was lodged in his last days with the Yankees and he’s not about to adapt.

Because the Phillies are so mediocre and have such glaring flaws, it’s easy for Dombrowski to sell pretty much anything he believes will make the team better during his four-year contract and pull the trigger. If he moves on from Girardi, the wisest course of action may be to send general manager Sam Fuld down to manage the team for the rest of the season so the front office has a perspective on what’s happening in the clubhouse and there’s a clearer vision as to who needs to go and who should stay.

Phillies president of baseball operations Dave Dombrowski said Joe Girardi is the furthest thing from a con-artist, which is what Nationals GM Mike Rizzo said this morning about Girardi.

With the players, everyone will be on the table, though it’s wise to remember that Dombrowski likes big-time players who sell tickets meaning Harper, Realmuto, and Nola are going nowhere. Apart from that, anything and everything is and should be up for discussion. This is the result of a flawed, gutting rebuild by people who should not have been given the sway to oversee it in the first place. 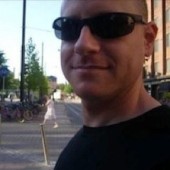