Why Aren’t We Talking About the Phoenix Suns?

The Phoenix Suns have the best record in the league. So, why aren’t we talking about them more?

The NBA season has been pretty exciting. There are some teams playing surprisingly well (like the Chicago Bulls, the Cleveland Cavaliers and the Memphis Grizzlies), and others that are up to their usual tricks.

The Brooklyn Nets, the Milwaukee Bucks and the Philadelphia 76ers are potential contenders that fans may see hoisting the Larry O’Brien Trophy at the end of the season. But what about the teams that are exceeding expectations (even if it is just a little bit). What about a team like the Phoenix Suns?

Don’t Forget About the Suns

The Phoenix Suns have had quite the season. They broke a franchise record with their 18-game winning streak that started Oct.30 and ended on Dec. 3. The Golden State Warriors (another contender) got their revenge after they suffered a loss a few days prior. But, even after their winning streak, the Suns have played well.

Phoenix has stayed towards the top of the Western Conference, even with the resurgence of the Warriors (despite Stephen Curry’s struggles and their 7-6 record this month) and the Grizzlies’ recent winning streak.

The Suns are on another winning streak, winning their last seven games. Their last win was against another tough West team in the Utah Jazz. They beat the Jazz 115-109. The Suns are taking advantage of their current schedule, and in the midst of their winning streak, they beat teams like the Indiana Pacers, the San Antonio Spurs and the Detroit Pistons. But their recent opponents should not take away from the fact they are winning. Especially considering they have a few injuries.

Deandre Ayton out here in his usual pregame spot for the first time since spraining his ankle, an encouraging sign pic.twitter.com/dbrTDThJZP

Deandre Ayton is one of the Suns’ young stars. He averages 16.8 points and 10.6 games this season, and in the playoffs, he will be a key to the Suns’ success. However, he is currently out with a right ankle injury. Jae Crowder (Phoenix’s 3-and-D starting forward) is out with a contusion on his left wrist. Backup point guard Cameron Payne is out with a sprained wrist and will be evaluated in two weeks.

Cam Payne will be reevaluated in two weeks while Jae Crowder is day-to-day, per Suns

Suns head coach Monty Williams spoke on the injuries and simply called it “part of the game.”

“It’s just part of the game,” Suns coach Monty Williams said. “You just have to weather all that stuff. We’re trying out best. Our spirits are high. Guys understand nobody did it on purpose, that kind of thing. We just have to keep going.

The Return of Bismack Biyombo

One of the positives of this obstacle is that Bismack Biyombo is playing well. Biyombo was a player the Suns’ signed to a 10-day hardship deal. And since then, the former lottery pick has flourished. He averages 10.1 points and 6.9 rebounds.

Biyombo is playing well, and as the Suns wait for Ayton’s return, he will get significant minutes.

Can the Suns Win it All?

The Phoenix Suns are playing well. They have only lost nine games this season, and with Chris Paul and Devin Booker leading the way, the Suns’ championship chances are looking great.

The league may have slept on the Suns’ last year (and possibly this year), but they will wake up soon enough. With that said, keep an eye on the Suns. 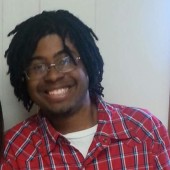